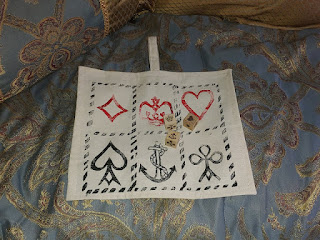 CROWN & ANCHOR In medieval England and Europe there were many dice game of chance the lot of them being refereed to a lotto games.  The rolling of 3 dice and losing if the roll is less then 10 or doubling if it is 10 and above was one such variant. In this game one person would be the banker, one other person would roll and if the roller rolled 10 or over he would be the roller again but if he rolled below 10  he would pass the dice. The banker changed for every single roll. One game evolved and continues today in England and has its own society even that is Crown and Anchor. in stead of the 6 sided dice having 1 though 6 on them they have the 4 french card suits and a Crown and Anchor on them. This same game can be played with regular 1 through 6 dice. How to play Crown and Anchor One person is declared the banker, this position changes after each roll. One person is declared the 1st roller. the 1st roller and all other players except the banker place one coin on a
Post a Comment
Read more

February 06, 2020
The challenge in my SCA gaming are the rabbit holes. I am down 2 right now.   I just received the 50 Tagus nuts I ordered so that I can carve a chess set from nut Ivory. At the same time, I am working on the rules for Tafl I just received "Flora Lapponoca-Primary Source Edition by Carl von Linne'" anyone want to translate it. lol. thats ok there are a few translations out there, it seems they are all based of the first translation which was wrong. and so the rules for tafl that we have been using are not quite correct and I want the correct ones. This book is by a botanist it is his diary of his trip and he observed this game being played by locals. ___from wikki about Linne' a Swedish botanist, zoologist, and physician who formalized binomial nomenclature, the modern system of naming organisms. He is known as the "father of modern taxonomy”. Many of his writings were in Latin, and his name is rendered in Latin as Carolus Linnæus (after 1761 Carolus
Post a Comment
Read more 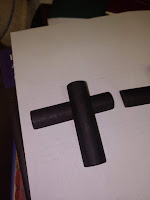 Egyptian sticks, Rolling sticks, Dice for Senet Stick Dice have been found in tombs with a board that we call Senet.  Those rolling sticks, were long like chop sticks and just a little bit thicker and they taper on their ends which were decoratively carved. Sticks are not quite like 2 sided dice. With a true 2 sided die you have a 50/50 chance of it landing on either side. but since these are half round on one side and flat on the other the probability is closer to 33/66. (I am not mathematically inclined so if you know the exact probability let me know and I will up date this to reflect that.) There are other rolling sticks that were 3 sided, and I will cover that in a future post when I am making a board game that calls for them. I will give you the rule sets for rolling for the game of Senet, and also for using them for games of chance the way we use dice or knuckle bones. Some types of games will be listed after that at the bottom of this page. Using Rolling sticks f
Post a Comment
Read more 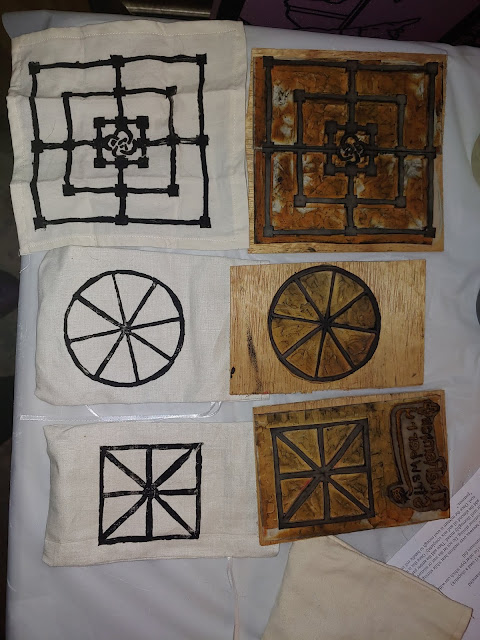 Mills and Morris Games  Mills games are ancient. and have been played up to today. You can play on line and there are apps for this game with 9 man being the most popular. Here are the stamps and stamped boards that I have done.  This game is a mostly fast game to kill time between going other things.little kids can play the 3 man version and 1st graders can learn the other versions. It is one of the first games that people learn in reenactment. You played a form variation of this game as a child called TicTac Toe. the board for tic tac toe is like the 3 Man Morris board but you have walls so you can move around after the pieces are placed and you get pieces till all spaces are full. in 3 Man Morris you only get 3 pieces and when you both run out if neither has a 3 in a row you then start moving your pieces from one spot to a empty spot. The board at the bottom of the photo is 3 Man Morris or 3 man mills. In the Roman territories often times Roto was the form the childre
Post a Comment
Read more 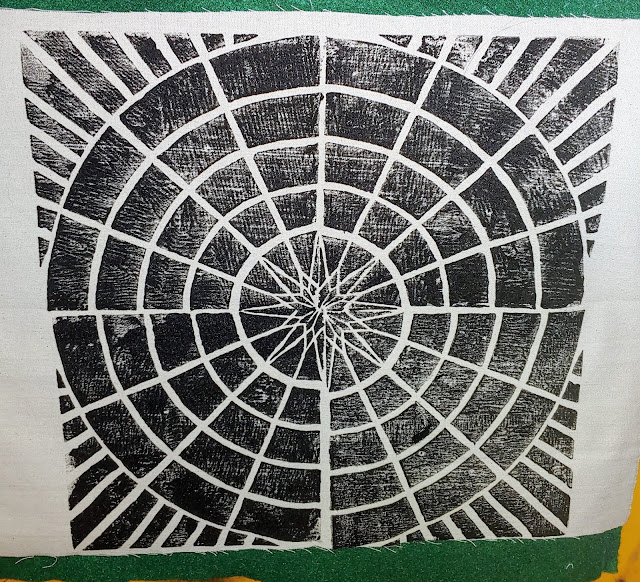 Circular Chess board for Byzantine Chess Final Test Print Though this game is called Byzantine Chess it has not been linked directly to The Byzantine Empire at all. Here is a nice short and easy to follow, write up on it as well as how to play from "learn-to-play-chess.com Copyright 2008-19"    h ttp://www.learn-and-play-online-chess.com/circular-chess.html   The process The work has begun on a block to use to stamp a circular chess board. After much building it in my head and taking it apart again, I have come up with the idea of making one 1/4 stamp that is placed 4 times to create the board. I don't know how popular this board will or wont be so I might have to re think it if it turns out I need to make large quantities of them, in which case I will make one large board stamp by making 4 stamps and attaching them together permanently.  Block with spaces drawn on.  You can also see the Degrees written on for the radiations for the squares.
Post a Comment
Read more 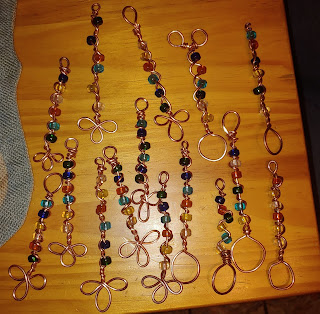 I am making bubble wands this quarter. Why you ask because i am. I do try and have a yearly project that is kid based. Besides my adult projects. The challenge I face is i make the best bubble solutions but when giving children a thing it is smartest to do so in a child safe container. By this i mean a parent friendly one. Cant leak to easily, won't break easily, but looks period. As such i may break tradition and by bubble solution from the dollar tree. At 33 cents each. Then make felt covers for them. Not award winning but it is still fun and functional. When i do this I will add on to this post. Yes they used a reed as a bubble pipe I however an going for the copper wire with glass pony beads for the shiney factor that kids like. https://britishlibrary.typepad.co.uk/.a/6a00d8341c464853ef016304cbf8ff970d-popup Giuseppe Magni Pierre Jean Edmond
Post a Comment
Read more 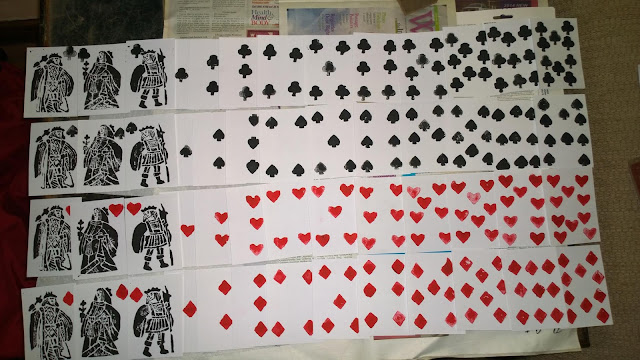 Playing card deck English Tudor Playing Cards                      A&S Fair A.S. 50 (2016)                              Marilyn Holt                            Mwynwen Ysginidd called Strawberry History Playing cards’ existence can be tracked more by the laws around and shipping manifests of them than surviving cards. There are laws banning them within other temperance laws, as well as the taxing on imported and exported cards. Ship manifests are a way we can see the common use and trading of playing cards. From the late 1200’s on, we start to see playing laws popping up on the books in many countries. It is believed that playing cards originated around 1000 A.D. in China. They were narrow slips of paper, essentially dominoes with dots in their 36 combinations possible with the throw of two dice. Paper was the original material for dominoes; wood and ivory came later. Dominoes cards are still known, as is another Chinese type, money cards, called that because of
Post a Comment
Read more
More posts

strawberry ~Lady Mwynwen (Moon-win) Marilyn Sands Holt
I have been in the SCA since the early 1990's, long before my first event, which was Pennsic 21. I am now very active in the SCA in the Barony of Shattered Crystal In the Region of the Middle in the Middle Kingdom. As for my persona, Mwynwen Ysginidd (Name translates to red headed women, Tailor), is a free Welsh woman born at the end of Henry VII’s time. She is the wife of an Irish sailor (her mother could think no better curse to wish on an Irish man than her daughter with her redheaded temperament). She is a BrewWife and has a pub that she whiles away her days while her lord is out at sea, enjoying games of chance and strategy that she learns from the patrons, who are mostly sailors. As such, I decided my fifty year goal and project was to make my SCA kit more period. (by 10% per year) To this end, I made a gaming set that consists of a wooden box with a sliding lid, a deck of cards, a set of dice, & a t-totum. I also learned more Tudor period games to play with these items. As such, I am working of a book of games to go with this set. This started me making more games, That I now sell as Argent Strawberry's games.